skip to main | skip to sidebar

The following books are available for purchase at the Masitise Cave House Museum;


THE MABILLES OF BASOTHOLAND by Edwin W. Smith
The turbulent and heroic years of nation-building in Lesotho during the 19th century provide the backdrop for Edwin Smith’s classis biography, The Mabilles of Basotholand, which was first published in 1939. This well written study offers an intimate portrayal of Adolphe and Adele Mabille, two very noteworthy figures in the development of this rugged mountain kingdom and of her people, the Basotho.

Adolphe and Adele Mabille spent their entire missionary careers at Morija and helped to make it one of the most important centres of national life. Mabille consolidated previous endeavours and extended the work of the mission in many new and fruitful directions. Most importantly, it was at Morija that the Protestant intelligentsia was trained and sent out to take up positions of leadership in both Lesotho and across Southern Africa. It is for this reason that Morija is known as Selibeng sa Thuto, or the Fountain of Learning.

Edwin Smith takes us through these times, illuminating the issues of the day, the personalities involved, and the contributions which were made to the growth of the nation and the Protestant church. The story is well researched and told in great detail. Readers today will find the story engaging and instructive. This story is part of the common heritage of Lesotho and Southern Africa, and is well worth repeating to a new generation of readers today. It is for this reason that The Mabilles of Basutholand, now long out of print, is made available in facsimile reprint.


THE BASUTHOS by Eugene Casalis
Originally published in English in 1861, The Basothos has been read eagerly by each succeeding generation. Casalis’ graceful style and perceptive observations will also be of interest to today’s readers. The classic is divided into two main parts: Journeys of Exploration/Missionary Labours, and Manners and Customs of the Basotho.

Casalis was one of the original French Protestant missionaries who arrived in Lesotho in 1833. He was a close friend and advisor to King Moshoeshoe I. As such, he was able to provide a wealth of information and insight into the life of the Basotho during the first half of the 19th century. Casalis’ book is a must for all persons interested in Lesotho. It is also ideal for schools and libraries. 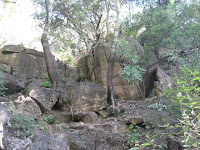 THE QUESTION OF LESOTHO’S CONQUERED TERRITORY: IT’S TIME FOR AN ANSWER by M. Lelimo
Even after more than a century, the issue of the “Conquered Territories” remains one of the most emotive issues on Lesotho today. Martin Lelimo’s research helps to put into clear perspective the changing vision of Great Britain in Southern Africa during the 19th century. During the 1840s, Britain supported “Native Christian buffer states” like that of Moshoeshoe’s Lesotho. But from the 1850s, the goal of establishing a federation of white states in the region was pursued at the expense of African political interests. Finally, Lesotho was annexed in 1868, not because of Moshoeshoe’s loyalty towards the British or his repeated calls for protection.
Rather, the British feared that the Boer Republic of the Orange Free State would overwhelm Lesotho, and thus break out of the encirclement imposed upon it by Britain in neo-colonial fashion, and head for Port St. John’s on the Transkei coast where it could establish independent foreign relations and commercial links. With British hegemony in the region threatened, Governor Wodehouse acted to annex Lesotho before it was too late. In the aftermath of annexation, however, at least half of Lesotho’s arable land was sacrificed by Britain to the Orange Free State.
This new research places the issue of Lesotho’s Conquered Territories squarely on the political agenda where it will require careful re-examination. 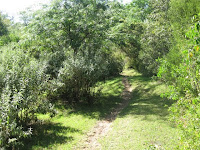 HISTORY OF THE BASUTO ANCIENT AND MODERN by D. Fred. Ellenberger, V.D.M
Originally published in 1912, History of the Basuto remains the standard reference work concerning the origin and early history of the Sotho peoples. Ellenberger’s classic work is divided into five sections:
• First Period: Ancient History of the Basuto
• Second Period: The Lifaqane Wars
• Appendix 1: Notes on the Religion, Superstitions, Social, Civil, and Political Life. Laws and Customs of the Ancient Basuto before the Beginning of the Second Period.
• Appendix 2: History of the Conqueror Sebetoane
• Genealogical Tables
In order to bring this reference work up-to-date and make it more useful to the serious student of history, the following supplementary materials have been provided by Morija Museum & Archives:
• Introductory Essay: D.F. Ellenberger, a brief sketch of his life and work; reconstructing the history of the Basotho; a review of the settlement of Southern Africa.
• Comprehensive Index of all names which appear in the text.
• Large fold-out map containing most of the historical place names mentioned in the text.